Music in Motion: The Effect of Music and Sound Design in Video

Let me get the drums rolling…*ahem*…

From the psychedelic odysseys of Jimi Hendrix to waving your loved one out the door with ‘I Will Always Love You’, there is so much music and such little time to go through it all in our lives. We experience the happy, the sad, the good, the bad, and all that lies in between. With the power to connect and engage with billions globally, getting the right music to use in videos can be the difference between ‘meh’ and ‘wow!’ for a campaign that aims to engage and connect with consumers. Chris, our Operations & Training Manager, says you gotta be clued up in terms of who your customer is. What’s your demographic? Who wants to hear about your brand? Having the right dialogue with your customer is important. In other words: it’s about the appropriateness of the music to your audience. Getting the right message across requires an understanding of ideas like relatability through lyrics, nostalgia, familiarity, engagement, and sound design. Many of these overlap and can be used in harmony to emotionally connect with a target audience.

Song lyrics are a great way to help support the message a company is trying to convey in their video. Sometimes videos can be very well produced but there is a lack of clarity, and this can make it difficult for viewers to relate to. There is a sense of meaninglessness – nothing to connect the consumer to the brand – like a badly plotted action movie impressing us with a ‘BOOM!’ or a ‘BANG!’. Likewise, being descriptive when marketing your product may disengage many consumers in a world of constant stimulation – yes, I’m talking to you, fellow social media divas. This is where lyrics can be used to give context to the video. An example of relating to customers through lyrics is clear in Microsoft’s advert for the Surface Studio. Stephanie Tarling’s take on the song ‘Pure Imagination’ from Willy Wonka takes the viewer on a journey through an advert of creative art displaying the Surface Studio’s features. ‘Take a look, and you’ll see, into your imagination’; the lyrics are there to help inspire those creative PC users and further Microsoft’s perception as innovative. Even diehard Apple Mac users are left inspired by the collaborative beauty of music and visuals.

Our creative director, Jonny, says, “nostalgia is reflective to a point in your life and so there should be a specific group focus, so targeting 65-75 you may consider ‘60s music. Our showreel has assets that that would typically be seen as pop, funk, bright and colourful and so we chose a remix of an old funk track because they gel perfectly”. McDonald’s has been a recent example of using nostalgia to reflect the change in their ingredients to adapt to the move towards more health-conscious eating. I’d be lovin’ it if my chicken nuggets were actually made of chicken, but hey. Britt Nolan, Leo Burnett USA’s chief creative officer told Adweek, “we set out to capture that [nostalgic] relationship in a sincere, simple way that today’s parents can relate to and feel good about sharing with their own kids”. The acoustic cover of Cyndi Lauper’s popular ‘Time After Time’ classic release in 1983 perfectly captures the essence of the split screen childhood differences between the 1980s and 2000s. It added a modern twist, whilst retaining the authenticity of the ‘80s, creating the reminiscence of parents growing up decades ago. Through the emotional reconnection of the past, McDonald’s hoped to tug at the heartstrings of these parents looking to share an improved experience of their past with their kids.

People often have a preference for what they are familiar with. We’ve all experienced our fair share of earworms in the past so there are definitely drawbacks to reusing music in videos in order to gain familiarity. Nonetheless, even the annoying tunes are tolerable in small doses… like the span of an advert, or the time it takes to switch the channel. When repeated in video, a song can become associated with a particular company for many years. Playing ‘Here Come The Girls’ over the years, Boots have created brand recognition with their ads featuring women, gifts and humour. By using the same song it becomes easier to create a theme and, subsequently, consistency in videos, which translates into a stronger brand image.

Animated logos can also create familiarity with a good signature sound optimistically oscillating through our minds. To capture the right sound for a brand in such a short time is a deceptively simple task. Brands like Intel have managed to pull it off successfully throughout the years. In just a few seconds of sound, people’s love and association with the brand is revitalised… and no one is pulling their hair out.

At Seed, we believe you gotta get them hooked in the first few seconds. Good pace. Good colour. Nice, reasonably fast transitions. Well edited. Take them on a journey, as the musicality of the video animation has to drive you all the way to the end. According to Cadbury’s success, all you need to engage customers (and receive a £4.88 return on investment for every £1 spent) is to have a gorilla bang some drums for 90 seconds. “Surely that’s not all?” you may be asking, and you’d be asking correctly. Not quite, but there’s not much more. The rest was down to Phil Collin’s ‘In The Air Tonight’ single released all the way back in 1981, which managed to reappear in the charts at number 17 after the advert aired. Engagement through using the right music is fundamental to transitioning from a neutral emotional state to a position where a video stimulates action as a talking point or purchase. According to Brainjuicer, a sample of viewers had their emotional engagement measured through FaceTrace for the gorilla advert, and looking at the live analysis of the video, it shows a spike in happiness after a 60-second build in suspense, when the drums were hit to give the advert a rhythmic feel. The result aligned with their aim at positioning themselves as providing joy and engaging TV viewers much more effectively than the commercial norm.

Using GIFs on social media is becoming bigger than ever, creating engagement, and it doesn’t stop there. Instagram GIFs from popular users are gaining millions of views but currently have no sound. This is currently a missed opportunity, but sound GIFs are now becoming more popular. ‘GIFs with sound’ YouTube channel has gained over 200k subscribers and admittedly some of the GIFs mixed with sound are hilarious. You’d be amazed how the Spiderman theme tune can enhance a clip of some loony hanging from the side of a moving bus.

Shaun, one of our graphic designers, mentions that it’s unlikely for clients to be able to license a big pop song so the music in video won’t necessarily be a song. When choosing music, he looks for something catchy and bouncy; something that sets a tone for an atmosphere and how the video is going to feel. “Using the Seed team, we were able to create an ‘island’ feel in a video for the Mo Bros. During the concept, where you are looking at the design and the script, you interview the clients so you can find what they want and then create a dialogue and offer a selection of sounds to choose from.” https://www.mobros.co.uk/pages/about-us

A cool example of creating ambience is the magical movie WALL-E. In this film, the protagonist WALL-E doesn’t speak much, and so the film has managed to communicate the emotion of what he was feeling via bleeps and blips. When he was feeling down, they used sounds such as rusting motors, and then when he’s high on energy there are fast, ‘revvy’ ones, ultimately bringing the video production to life.

At Seed, some of our team have their own studios to make music for videos. Dan, one of the digital designers, says that the creative process of picking and making music doesn’t always involve conscious thought. “Often it involves experimentation, a broad range of resources such as YouTube, Spotify and SoundCloud, as well as a variety of music plugins like synths for sound design”. For longer videos and certain briefs, the music will follow from the video. In some cases, however, especially when shorter videos and animations are being produced, it can be more beneficial to first use a selected sound and then create the video production around that. Sometimes it’s just a matter of getting your head moving to a funky tune!  “Most agencies will just slap the music on at the end. We’re careful of how the audio is going to be used. We might even base the video around a track at times with animation. We do that because of the musicality of the movement in the animation so it works with BPM” – Jonny, Creative Director. 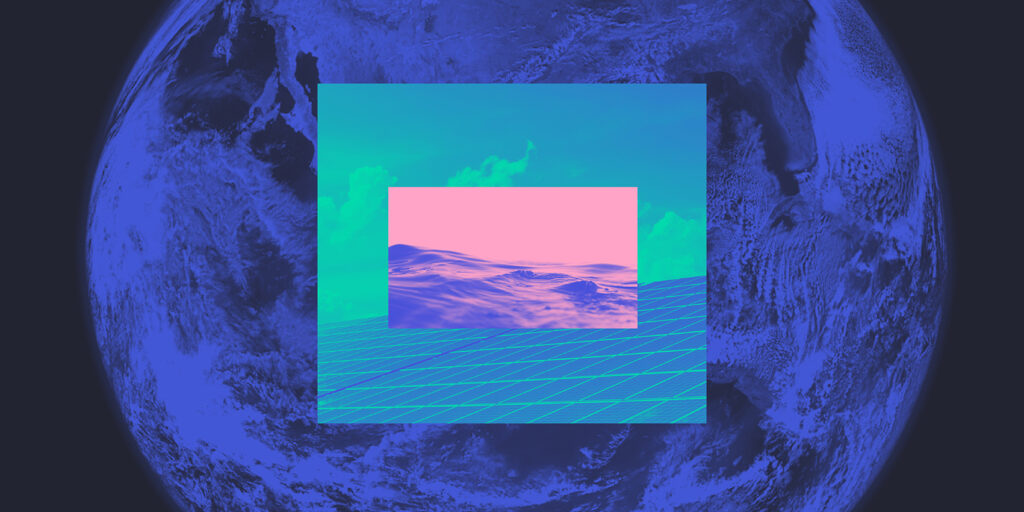 All Is Not Lost: 5 Incredible Planet-Protecting Research Projects to Give You Hope

“How Would a Star Trek Episode Address Climate Change?” read a title of a subreddit we came across recently while on our daily search for […] 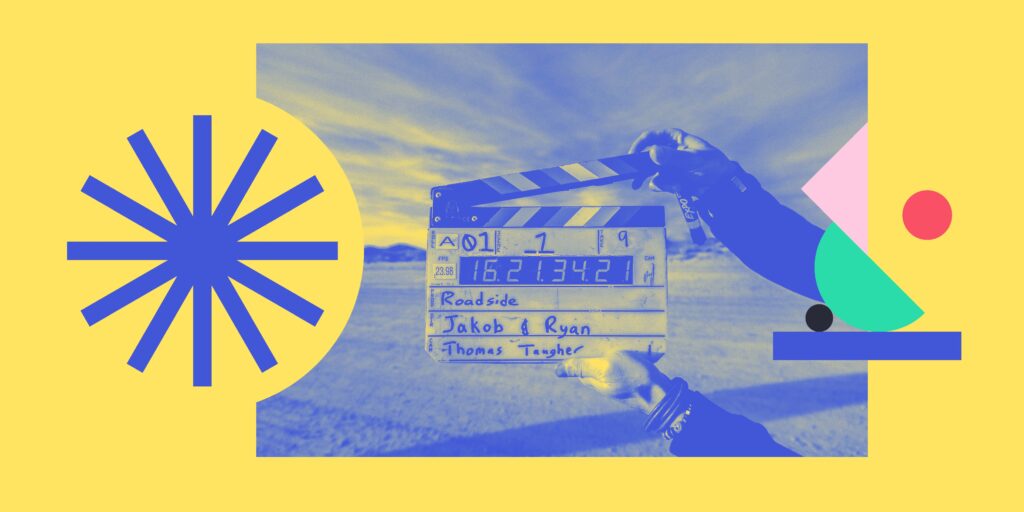 The Winning Formula to Writing a Video Script

Rudyard Kipling once said: “If history were taught in the form of stories, it would never be forgotten.” At its core, isn’t that what your […] 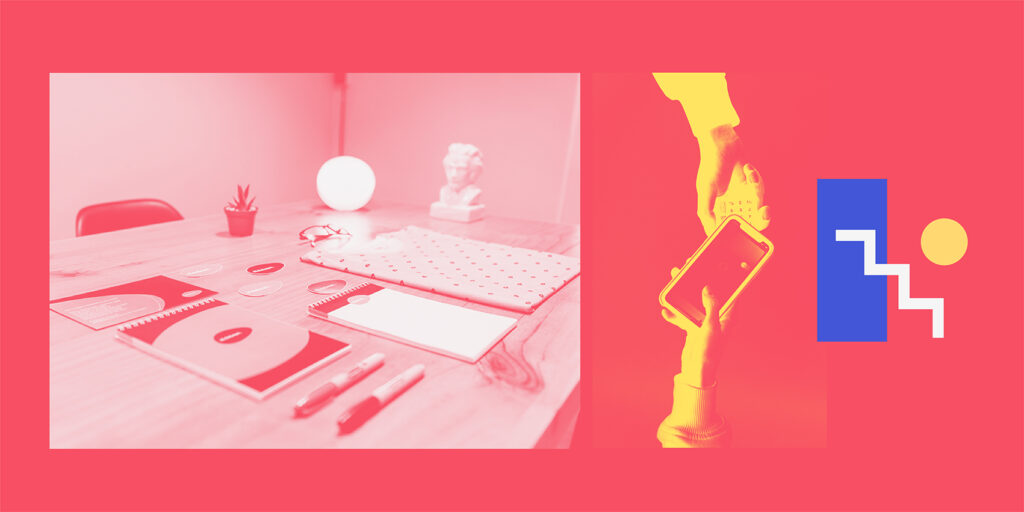 Something very odd has come to the attention of us here at Seed. Brand image and brand identity are phrases that seem to be having a […]

FOMO? Get Our Newsletter

We’re always trying to make positive change, and we like to share it with our creative family. Sign up below for e-nuggets of information and inspiration (that’s a no-spam promise).